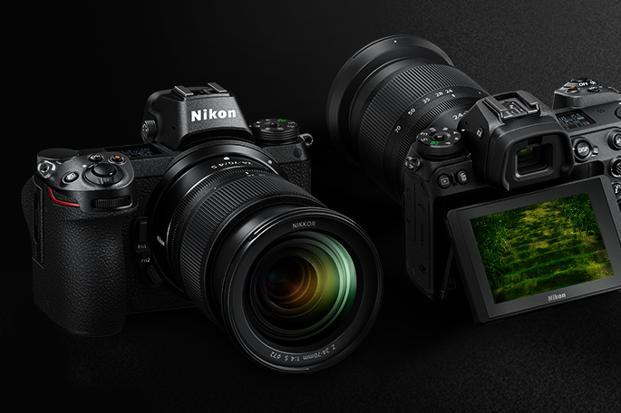 Keeping up with the pace of the professional camera market, Nikon launched its first fully mirrorless cameras—Z6 and Z7—in India today. With prices starting at Rs 2,69,950 for the Z7 (body only) and Rs 1,69,950 for the Z6 (body only), the two cameras are radically different from their existing DSLR counterparts in several aspects.

What is a mirrorless camera?

Nikon’s Z-series of cameras are mirrorless, which basically means the omission of the complex mirror system that is present in digital single lens reflex cameras or DSLRs. The reflex part refers to the mirror system, which reflects the light off to the viewfinder. To compensate for the lack of viewfinders, mirrorless cameras have a digital viewfinder, which in the case of Z-series cameras is a 3690k-dot OLED panel which has 100% frame coverage and 0.8x magnification.

Nikon’s line-up is reminescent of Sony’s—one expensive high-end and one midrange prosumer grade cameras with identical bodies and different sensors.

The Z7’s FX-format full-frame CMOS sensor with backside illumination has 45.7 effective megapixels and supports a standard sensitivity range of ISO 64–25600. The company claims this gives it “outstanding level of sharpness and detail.”

Nikon calls the Z6 as an all-purpose camera with the same FX-format sensor, but with 24.5 effective megapixels and sensitivity range of ISO 100–51200. Touching the higher end of the ISO spectrum gives it better low-light performance.

On the autofocus end, the Z7 comes with 493 focus points and the Z6 with 273 focus points. The company claims it can cover approximately 90% of the imaging area both horizontally and vertically.

The Z6 and Z7 can record full-frame 4K UHD 3840 × 2160p videos at 30fps and Full-HD videos at 120fps. Active D-Lighting, electronic vibration reduction, and focus peaking can be used with 4K UHD and Full-HD movie recording. It also comes with interval timer photography which can give you an 8K time-lapse.

If you’re wondering if you’d be able to use your existing F-mount lenses will work on the camera’s new Z-mount body—the answer is yes. The FTZ Mount Adapter allows almost all of the F-mount lenses to work on the Z-series cameras. Nikon is late to the mirrorless camera party and it cannot risk rolling out new lenses slowly. 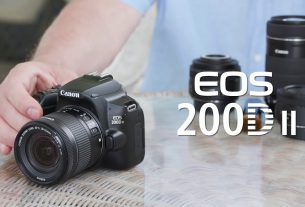 Ahead of the holiday season, Canon launches EOS 200D II DSLR – Delights consumers with its most compact and lightweight DSLR