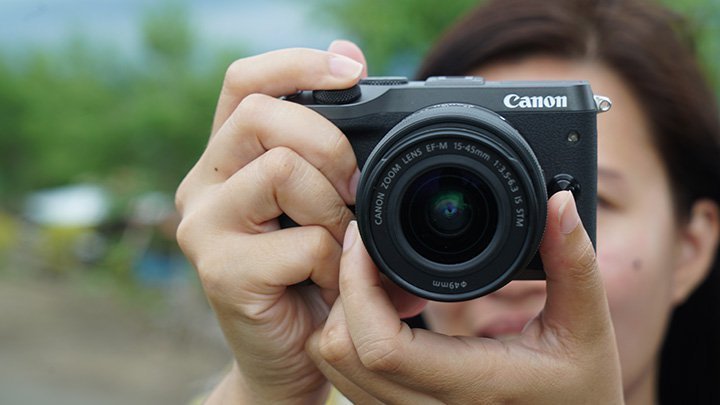 Canon has done well it comes to its mirrorless series of camera. Albeit priced a little on the higher side they are quite the feature-ful, portable and capable little mean machines. After a couple of hits and misses Canon finally established itself in the Mirrorless Camera market with Last year’s EOS M5. And now they have come out with its newer and a tad less expensive model, the Canon EOS M6. The problem the M6 faces, however, is that it’s not particularly competitive. With the likes of the Panasonic Lumix GX80 and even viewfinder-toting Fujifilm X-T20 offering more for the same asking price, is the M6 relying on its Canon brand name beyond its capability? 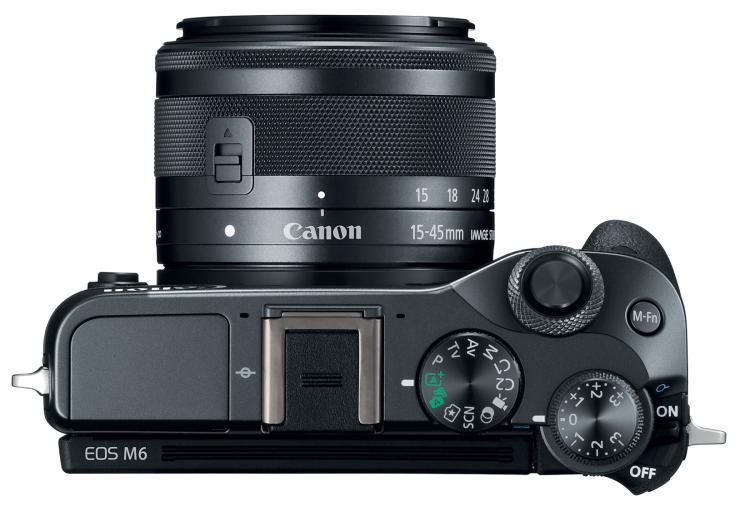 Without further ado, lets move into the Canon EOS M6 Review and see what this device has in store for us.

The prime difference between EOS M5 and M6 is their physical design. Canon EOS M6has done away with the built in viewfinder that the M5 flaunted, and instead allows for a hotshoe where in you could buy the EVF-DC2 viewfinder and pop it on top if you so need.

Interestingly, Canon has avoided the “Guided UI” in the M6 – which is designed to assist relative newcomers to understand what each shooting mode does, represented in a visual form – unlike in the EOS 800D DSLR. We think that newcomers and established photographers will grasp the M6 without issue though.

The overall look of the M6 is rather high-end, dressed in a matt black-colour finish for the review sample we’ve been loaned – it’s altogether less plasticky in look and feel than the EOS M5. The M6’s body is relatively small too.

Canon EOS M6 review: How does it perform?

And it genuinely works well. It’s quick and doesn’t need to hunt excessively to find focus. 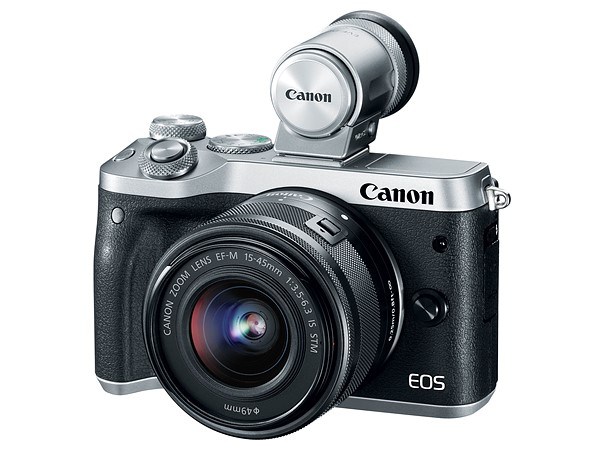 But there’s a caveat to that focus system: the three focus options – 1-point, zone and tracking – lack the complexity of the competition, such as the Panasonic Lumix GX80. GX80 offers a Pinpoint focus mode which offers a more refined method for pinpoint focus acquisition.

Another difference in the M6 compared to the M5 is the way its screen is mounted on the variable bracket: it can’t flip around to face forward but it does tilt upward, which is a must-have feature for us these days. 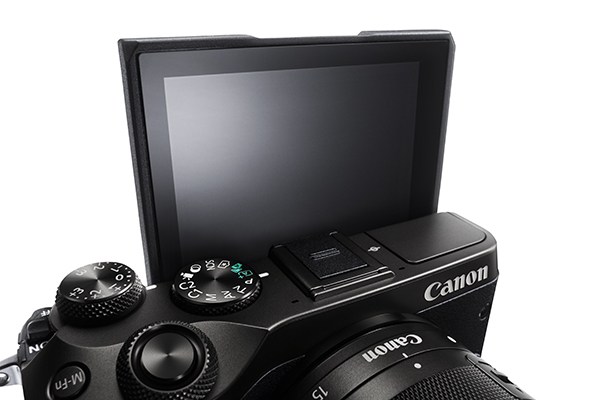 What’s the best thing about the screen, however, is its touch-sensitivity. It’s responsive, with sensitivity options within the menu allowing for responsiveness adjustment to your preference. Either a tap on the screen or a press-and-drag will move the autofocus area with ease, making the M6 system about as easy to use as a smartphone.

If you’re really keen for a viewfinder then, it’d be cheaper to consider buying the M5 instead. The EVF-DC2 accessory finder for the M6 – which offers a 2.36m-dot resolution over its 0.39-inch panel – is being sold on Amazon India for a pocket burning price of Rs 28,999.

We’ve found the EOS M6 to perform decently, but what really sets it apart from much of the competition is the resulting image quality from the 24.2-megapixel sensor at its heart. This is Canon’s specialty.

When shooting in great lighting conditions the sharp results at ISO 100 look colourful, bright and crisp. The higher ISO sensitivities will start induling image noise, but that helps to keep extra perceptible sharpness in those lower-light shots and a greater sense of realism to the images. Because Canon uses a larger sensor than most of its mirrorless competition, it has that advantage there.

Interestingly there are dozens of Canon EF lenses that can be used with the EOS M series. That is, if you buy an adapter. But adapter adds mass and the lenses protrude further from the body, , which makes us wonder why not just buy the 800D DSLR instead? That’s an ongoing battle in Canon’s mirrorless versus DSLR line-up.

Anyway, back to EOS M6’s capabilities. It’s the second interchangeable Canon camera to implement Digic 7 processing, which means it’s super-fast, able to shoot at 7fps in continuous autofocus mode. With the right SD card on board the buffer is significant too, avoiding clogging-up after taking a batch of images. 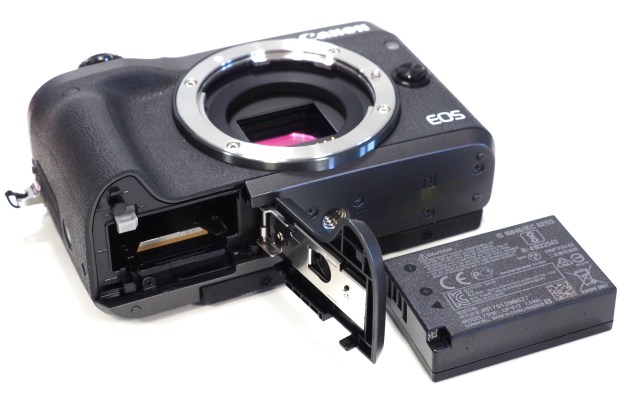 With the likes of Panasonic, Fujifilm etc pushing 4K movie capture, that is not the case with the M6. It is limited to Full HD (1080p) instead. The frame rates are all-encompassing, with 60/50fps for smooth capture, or 24fps for a more cinematic look.

There’s also a 3.5mm microphone socket, but no headphones jack. So if you’re looking for a miniature interchangeable lens camera for high-end video work, the M6 isn’t the one. It’s all about casual shooting, with touchscreen autofocus adjustment making that just fine and dandy.

The M6 also supports Bluetooth LE (low energy) and Wi-Fi, which bubble away in the background for remote control of the camera via the associated smart app on a phone or tablet.

The Canon EOS M6 is as much a success as it is a conundrum. Surely it is well built, easy to control and works well. In that regard this is Canon aligning its mirrorless camera into its best position to date.

What acts against the EOS M6, is that it ultimately isn’t better than the competition. The Panasonic Lumix GX80 has better autofocus and offers 4K video smarts for the much less money. The Fujifilm X-T20 embodies the shiny, retro style with similar performance and throws in the viewfinder for free.

Buy the M6 without trying any other cameras out there and you’ll be more than happy. But if you play with the competition then you’ll see the M6 can’t be considered king in many regards. 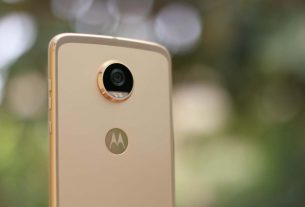 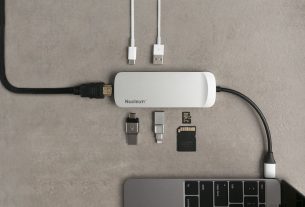 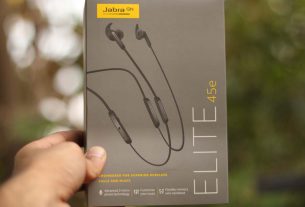